Greeting St. Alphonsus of Minnesota,
I’m Father Huy (Huey) Vu, if you find it too difficult to pronounce my name then you could call me “Stephen.” I was born in Saigon, Viet Nam. Our family moved to Houston, TX when I was eleven and I said goodbye to rice and fish sauce and welcomed happy meal, nuggets, and pizza. I adopted Houston as my second hometown because it is where I spent most of my life. While growing up, I attended public school in Houston and I graduated from the University of Texas-Austin. I worked at Baylor College of Medicine as a cytogenetic technologist, where I analyzed chromosomes for three years.

My life post-college has been fairly “nomadic” because I haven’t lived at any one location longer than three years. I joined the Redemptorists at the start of 2012. I studied philosophy at St. John University, Queen New York; lived in Toronto for a year during the Novitiate; I spent three years in Chicago studying theology at Catholic Theological Union. My pastoral year assignment was divided into two places. I spent six months with our Redemptorists in Thailand working at an orphanage that cares for children with AIDS. While there, I also spent some time ministering to a small population of hill-tribes Catholics that live in the Northern part of Thailand. After Thailand, I minister for a short time at OLPH in Kansas City. I spent the last year in San Antonio, Texas completing my final year of theology. The experiences I gained in these last several years in formation gave me tremendous strength and hope. One thing that I’ve learned is that inside of every human person the potential for goodness is endless. This goodness is from God and all beings participate in it.

I look forward to embracing the snow and long winter in Minnesota. I hope to experience for the first time ice fishing and visit some of the ten thousand lakes between the Twin Cities. 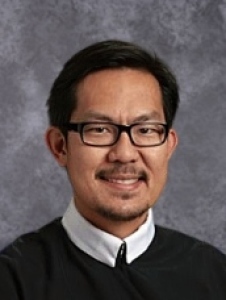